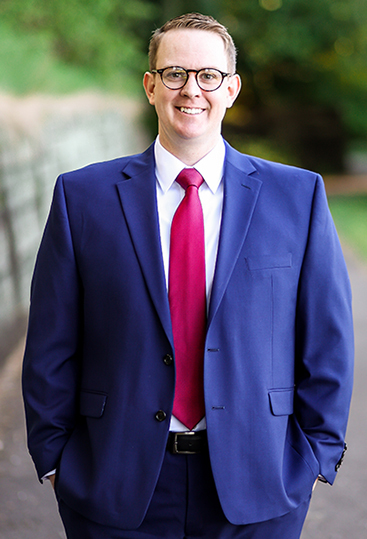 A native of the Pacific Northwest, David was raised in the suburbs of Portland, Oregon. After undergraduate studies at Oregon State University, David joined the United States Marine Corps Reserve and deployed as a combat engineer to Helmand Province, Afghanistan in 2010. After returning home, David used his GI Bill to study law at the University of Washington. During law school, David was a two-year member of the UW Law’s AAJ national mock trial team and practiced as a Licensed Legal Intern with King County Prosecuting Attorney’s Office and Pierce County Department of Assigned Counsel.

After graduating, David began working at King County Prosecuting Attorney’s Office as a Deputy Prosecuting Attorney in the Criminal Division, where he advocated on behalf of victims of crime through district court, felony trials, and domestic violence rotations. During his time, David tried more than 20 cases before a jury and successfully handled multiple appeals. David brings extensive trial and appellate experience in his advocacy for people who have been hurt.

David lives in the area with his wife and two young children.  When not working, David can be found exploring state parks or trying to entice salmon strikes in Western Washington’s various waters.