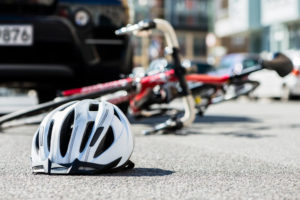 Have you been struck while on a bicycle? Bicycle accidents are an unfortunate fact in the Pacific Northwest. With many people using bicycles as their main mode of transportation for work and errands, most motorists take it for granted that they must “share the road” with cyclists. Unfortunately, that does not always happen.  Contact Joshua D. Anderson, a Bonney Lake bicycle injury lawyer to learn about your options.

Dozens of cyclists in recent years have suffered riding injuries or fatalities in Washington State. And the number of injuries related to non-motorized vehicles nationwide is on the rise. A report by the National Highway Traffic Safety Administration (NHTSA) in 2011 concludes that the numbers of people injured or killed in bicycle accidents account for 2 percent of all those injured in traffic accidents. The number of those injured – 48,000—was nearly 10 percent more than in 2010.

Because bicycle injuries are so common and severe, there are several laws promoting bicycle safety in Washington State:

A bicycle injury is likely to occur for several reasons. Sometimes the accident is the fault of the rider; other times, the driver of a motorized vehicle is responsible. Cyclists are often injured for the following reasons: 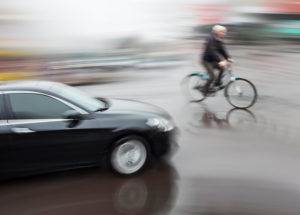 If you feel you are the victim of a bicycle accident due to someone’s negligence, we may be able to help. Bicycle Injury Attorney Joshua D. Anderson understands how overwhelming it is to lose time, income, and health to a preventable bicycle injury. If you’re live in Bonney Lake or surrounding cities such as Auburn, Kent, Enumclaw, Puyallup, or Sumner, contact our law office today for a free consultation with our dedicated and compassionate staff.