When you see any commercial or advertising for an ATV, you are presented with the image of something fun and exciting. While an ATV ride can be quite a thrill for the driver, it also can be very dangerous for both the driver and others around them. Thousands of Americans each year are seriously injured by these vehicles. If you have been injured by an ATV, you may be entitled to substantial financial compensation.

There are different ways that injuries happen in an ATV accident:

Both of these scenarios can lead to financial compensation. Working with a Bonney Lake ATV attorney, you could file a claim with the insurance company or a lawsuit if necessary. 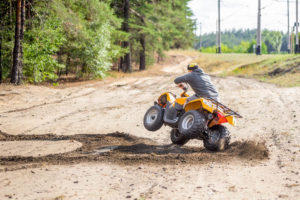 The size of the global ATV market was expected to exceed one million units in 2020. Off-roading is becoming a thing to do for many American families on a weekend afternoon. However, more people buying ATVs means more accidents. The costs of these accidents can be considerable. One estimate placed the overall cost of ATV accidents to the American economy at over $22 billion each year. If you have been injured, you are likely facing substantial physical and economic damages.

According to a government report, the number of ATV injuries increased by 65 percent over the course of a decade. This study reported 134,000 total ATV injuries in the last year of the period covered, a number that promises to grow even further as more ATVs are sold in the U.S. and Washington.

There are a number of different ways that you could be injured while riding an ATV or in an accident with an ATV. Here are some:

As long as someone else is at fault for your injuries, you may recover financially no matter how the injury occurred. 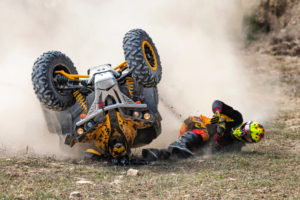 Injuries in an ATV accident can be more serious than those suffered in other crashes. If you have been struck by an ATV, chances are that you are either on foot or on a bicycle since ATVs must operate off-road. This will leave you less protected from the impact and could result in severe injury.

If you are driving, you are also less protected than you would be in a car. Even if you are wearing a helmet, there is little else to protect your head from catastrophic impact. Additionally, your ATV could also roll over and end up on top of you, causing severe internal injuries.

How Liability Is Determined in an ATV Accident

If you or a loved one has been injured in an ATV accident, you should contact a Bonney Lake ATV Accident Attorney immediately to examine whether you have a valid ATV injury claim. If you are in Bonney Lake, Auburn, Enumclaw, Buckley, Puyallup, Orting, Sumner, nearby or surrounding cities contact Anderson Law, PLLC, online o at (253) 862-1811 to learn more about your legal rights.